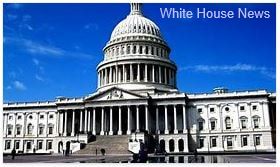 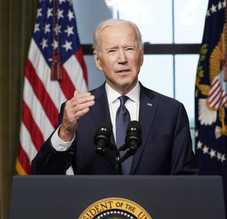 Joe Biden is on track for the most impressive first 100 days of a U.S. presidency. The contrast should make Liberals blush

Apr. 16 - This will be the most impressive first 100 days of an American presidency since FDR invented the benchmark. Consider: $2 trillion pandemic package — done; Paris Accord reconnect and climate summit — done; first gun control package in three decades — done; fastest Cabinet approval in four presidencies — done. And on and on. Coming: Iran deal, climate deal and $3 trillion on infrastructure. Oh, and a new global tax system.

The contrast with even the vague promises, let alone the predictable underperformance, of their budget tomorrow should make every Liberal blush. Biden is not alone in setting new benchmarks and jumping on traditional political third rails. Angela Merkel broke decades of German obstinacy on EU-level grants and lending. President Macron erased the educational seat of power of the French elite, their national government academy. Mario Draghi is promising the most dramatic reform agenda for Italy ever. A club of transformational leaders appears to be emerging.

The leader of the club could not have been more improbable: good old, go along, get along, Joe Biden. Today’s Joe is not whom even Democrats thought they were electing. American pundits have expressed skepticism, then surprise, then hallelujahs. David Brooks, perhaps America’s most thoughtful conservative analyst, is iconic of this phenomenon with adulatory paeans of praise.

Why was this new Joe born? It has mystified many. Sage pundits point to four factors. There’s the pandemic, of course. The bitter reality that preaching bipartisanship may be good politics but is dead on arrival, so rush for the legislative finish line fast. Young mid-level officials care more about equality and inclusion, and are not afraid to break taboos like taxing the rich. Finally, there is the reality that Democrats have perhaps 18 months to get this done and visible, if they hope to survive the 2022 mid-terms.

This appears to be one of those moments like 1946, 1989 and 2009 when a crisis-driven unity lifts expectations of government performance across the developed world. It’s far from certain that the Trudeau government will be part of this consensus. However, it appears increasingly clear that Jagmeet Singh will have his moment, as the voice of those demanding deep change in equality, climate and inclusion. If he does not stumble, this should be the election that seals his leadership legacy.     more
WATCH LIVE ON APRIL 19 | 10AM ET | C-SPAN2
Derek Chauvin Trial for the Death of George Floyd, Day 15
Closing arguments begin in trial for Derek Chauvin, a former Minneapolis police officer, accused in the death of George Floyd.

Barry Brodd, once a police officer in California, compared George Floyd's killing to an "accidental death."

Apr. 19 - Vandals threw a pig's head at the onetime home of a former California police officer who was a defense witness for Derek Chauvin, the former Minneapolis officer accused of killing George Floyd, police said.

The incident occurred early Saturday in Santa Rosa, California, at a house where the witness, Barry Brodd,used to live, Santa Rosa police said in a statement.

Police said Brodd appeared to have been targeted over his testimony.
"Mr. Brodd has not lived at the residence for a number of years and is no longer a resident of California," police said. "Because Mr. Brodd no longer lives in the city of Santa Rosa, it appears the victim was falsely targeted."

A person at the home found the head on the front porch, which was splattered with blood. People who were dressed in black fled as the person called 911, police said.

The same people are believed to have drenched a statue at a mall in animal blood about 45 minutes later and left a sign that read, "Oink Oink," police said. They are accused of felony vandalism and have not been identified.     source from
Monday
April 19, 2021

Continue to Next Page